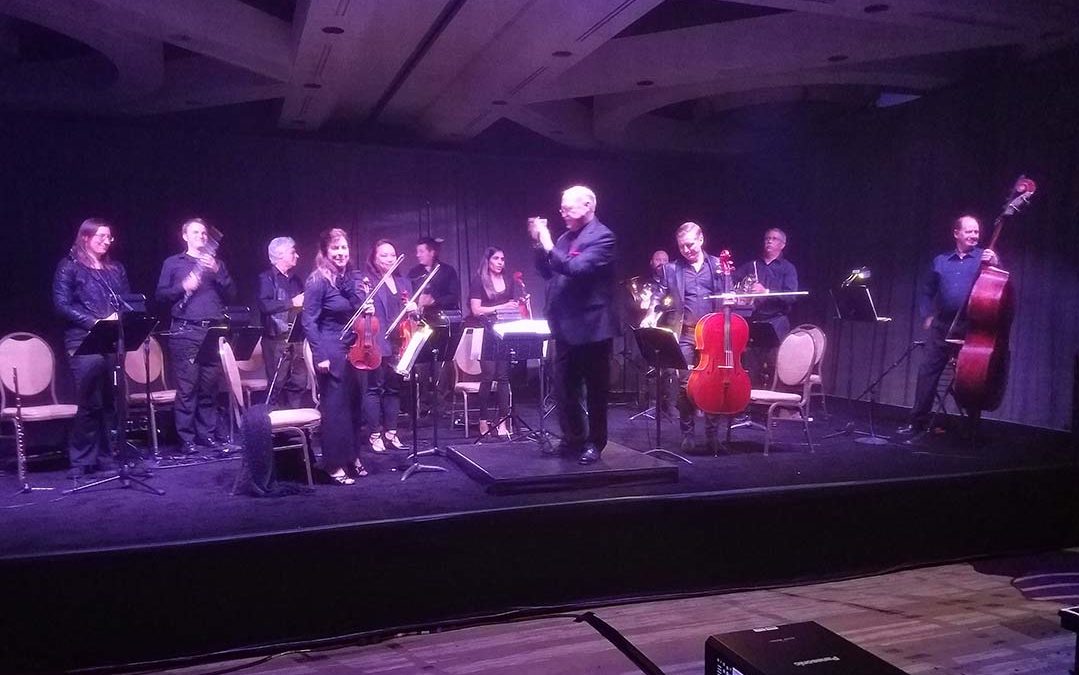 Huang said, “What NVIDIA is all about is building tools that advance computing, so we can do things that would otherwise be impossible. Our ultimate purpose is to build computing platforms that allow you to do groundbreaking work.”

The debut of TITAN V was followed another unveiling:   the premier of an original, Star Wars-inspired piece performed live by 15 musicians from Karen Garrity Music for the hundreds of researchers gathered for the event.

The elite researchers listened in stunned silence then burst into raucous applause, prompting the performers to take a bow. Check out more details about the session.

“It was a nice surprise,” said deep learning pioneer Yann LeCun, director of AI Research at Facebook and founding director of the NYU Center for Data Science of the performance. LeCun said he not only uses Volta-based GPUs for his research, he relies on a GeForce GTX 1080 at home for gaming and VR. “Jensen is a great, great showman, and it was a nice touch,” he said of the performance.

The legendary names in AI who attended the event also included Yoshua Bengio, head of the Montreal Institute for Learning Algorithms whose work was among those singled out by Huang at this unveiling for an NVAIL Pioneering Research Award, and Nicholas Pinto, who is the deep learning lead at Apple and was one of 20 in the crowd who won a TITAN V.

The result: a social media sensation in the deep learning community.  The surprise presentation is just the latest evidence of NVIDIA’s unique relationship with researchers.

Pierre Barreau, whose Luxembourg-based startup, AIVA, created the AI that composed the music.  He leads a team that uses a collection of GPUs including an NVIDIA TITAN Xp to do its work. Pierre said he’s definitely adding a TITAN V to his arsenal, saying, “I’m really excited about it.”

After the event wound down, researchers from all over the world spent time with NVIDIA’s Ian Buck, Chief Scientist Bill Dally, and Huang.

Huang said, “It is so great to be here to celebrate NIPS with you, the work you are doing is so incredibly important, and you get to enjoy the discovery of it every day.” He cited breakthroughs in everything from transportation to healthcare and said, “It is such a privilege for me to be part of this journey with you guys. Thank you.”